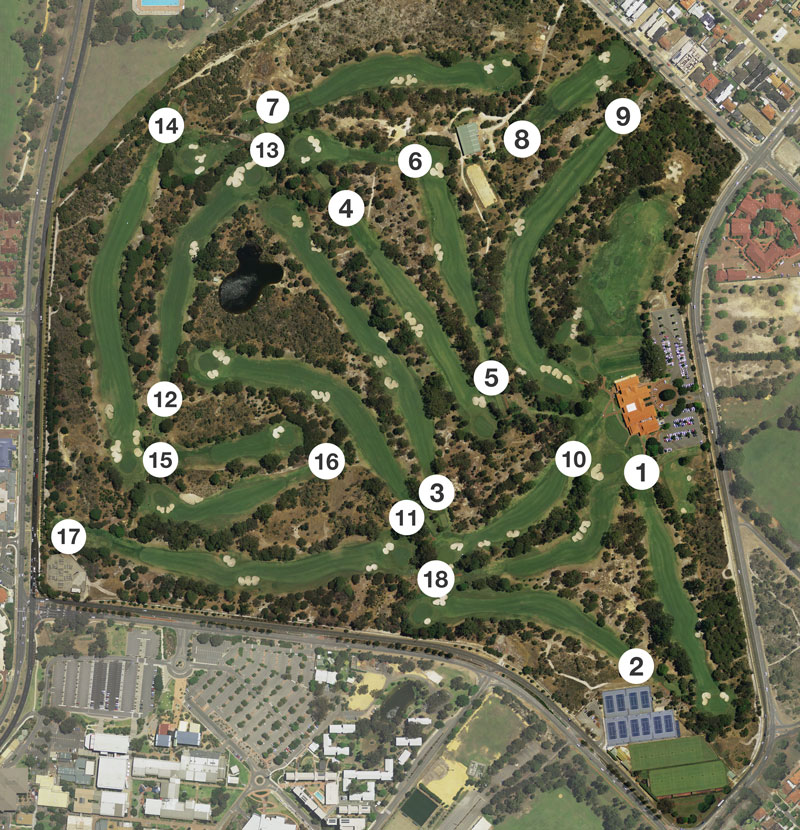 In the Scottish tradition, each of the holes are named and it is a part of the club’s culture to refer to holes by name rather than number. The club’s signature hole is Commonwealth, a short downhill par three with a green shaped like Australia and a flagstick adorned by the national flag (hole 13).